During And the Winner Is…, Ted Purves and Zack Walter invented a role-playing game, Sal Randolph created a Combat Log and facilitated a gathering of The Order of the Third Bird, Jong Kyu hosted the Black-Tie Tailgate, and Shaun El C. Leonardo conducted The Orchestra of Failure, and today Lee Walton created what I’ll call a site system using skee-ball scores to script a journey around the Haverford campus.  He talked to various folks, performed with them—somersaulting behind them as they spoke a mutually agreed upon script—performed alone on the stage of Marshall Auditorium, and spun a bicycle wheel.  And likely a few more things. 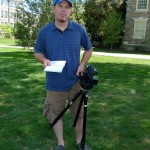 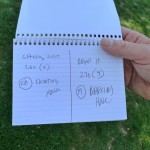 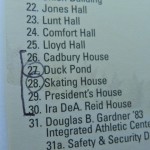 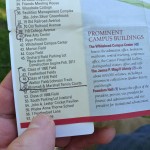 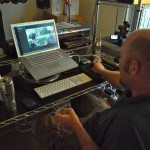